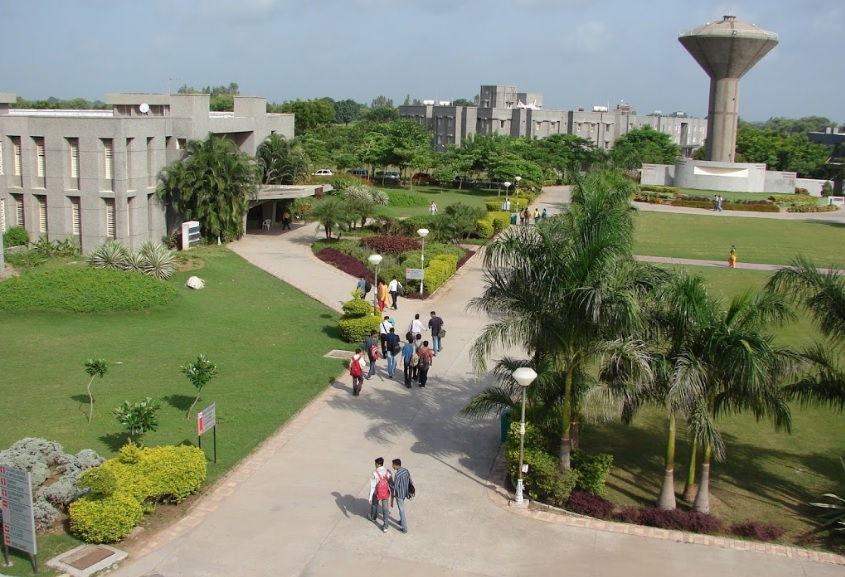 Charotar University of Science & Technology, Anand, widely known as CHARUSAT University has been conceived by a non-profit premier education trust - Shri Charotar Moti Sattavis Patidar Kelavani Mandal. The university is a State Private University and it has been established in the year 1994 under Gujarat Private University Act, 2009 and empowered under Section 22 of UGC Act, 1956. CHARUSAT offers 72 Programs through 9 different institutes, 6 faculties, 4 major centers/ cells at the Undergraduate, Postgraduate, Research level Ph.D. programs in numerous disciplines and their specializations.

Charotar University of Science and Technology – CHARUSAT has been conceived by Shri Charotar Moti Sattavis Patidar Kelavani Mandal to put India on global education map by making Charotar – the Land of Sardar Patel, a Global Education Hub. Kelavani Mandal, established in 1994, is a non-profit premier trust of India that works with the aim to provide social service through education. The organization has a social lineage of more than 125 years. The parent organization, Shri Charotar Moti Sattavis Leuva Patidar Samaj– Matrusanstha- is known for the social revolution it brought about by initiating Mass Marriages in Patidar community on a massive scale. Kelavani Mandal has been established with the distinct objective of creating state-of-the-art educational facilities.The trust is a democratically managed institution known for its transparent functioning and integrity. The Kelavani Mandal is the sponsoring body of CHARUSAT. The development path of Kelavani Mandal was illuminated under the leadership of two former Presidents: Late Shri Chhotabhai Bhikhabhai Patel and Late Dr. K C Patel. Late Shri Chhotabhai Bhikhabhai Patel was an illustrious businessman and social leader based in Mumbai. This founder President of Kelavani Mandal always insisted on setting Global Standards. Late Dr. K C Patel, a renowned nuclear scientist and a prominent educationist of Gujarat, succeeded Shri Chhotabhai Bhikhabhai Patel, and dreamt of a university at Education Campus, Changa (ECC).

The journey began with only with 240 students, 4 programmes, 1 institute and an investment of Rs. 3 Crores. Presently, CHARUSAT offers more than 72 Programs at 9 different institutes under the tutelage of 6 Faculties. CHARUSAT has a student strength of 7500, employee strength of 550 and a capital outlay of Rs. 125 Crores. Year after year institutes and programs were added. In the years 2002 and 2004, the Mandal established Charotar Institute of Computer Applications (CICA) and Ramanbhai Patel College of Pharmacy (RPCP) respectively. CICA has been rechristened as Smt. Chandaben Mohanbhai Patel Institute of Computer Applications (CMPICA).The year 2006 saw the commencement of Indukaka Ipcowala Institute of Management (I2IM). Two more institutes P D Patel Institute of Applied Sciences (PDPIAS) and Dr. K C Patel R & D Centre were established in the year 2007. Continuing the growth, in the year 2009, two more institutes were set up – Charotar Institute of Physiotherapy and Charotar Institute of Nursing which were instrumental in heralding the entry in the field of Healthcare Education. Both the institutes are rechristened. They are now called Ashok and Rita Patel Institute of Physiotherapy (ARIP) and Manikaka Topawala Institute of Nursing (MTIN). In spite of the growth and achievements, there was a sense of dissatisfaction within the ECC system about the poor fit between the available curricula for the graduating students and the skills & knowledge expected of the graduates by the industry.

The need of the hour was academic freedom whereby novel curricula can replace the obsolete ones matching the requirements of the Industry. Having own university, thus, became a necessity. An application was made to University Grants Commission (UGC) for acquiring the status of a “Deemed to be University”. Similar application was made to Government of Gujarat for the establishment of a State Private University.The request made to the Government of Gujarat started getting materialized. Team CHARUSAT was invited to make a presentation before the High Power Committee. And finally, on July 7, 2009, with due efforts and procedures, the conglomerate of Institutes and Programs at Education Campus, Changa, was accorded the status of a University. it was named as Charotar University of Science and Technology (CHARUSAT). The name Charotar commemorates the region Charotar- the golden land. CHARUSAT , having accorded the status of a university under Gujarat State Act No. 8 of 2009, is also empowered to award degrees by UGC under Section 22 of the UGC Act, 1956. The shadow structure with Academic Council, Faculty Boards, Board of Studies, Curricula, Syllabi was ready beforehand. In the transition phase and ingraining phase, President Shri Surendra Patel and Secretary Dr. M C Patel of Kelavani Mandal provided honorary services as the President and the Provost of CHARUSAT respectively. Surendra Patel, fondly called Kaka, is also the incumbent President of Charusat. After a brief stint as founding Provost, Dr M C Patel continues to render his voluntary services as a Secretary of Kelavani Mandal.