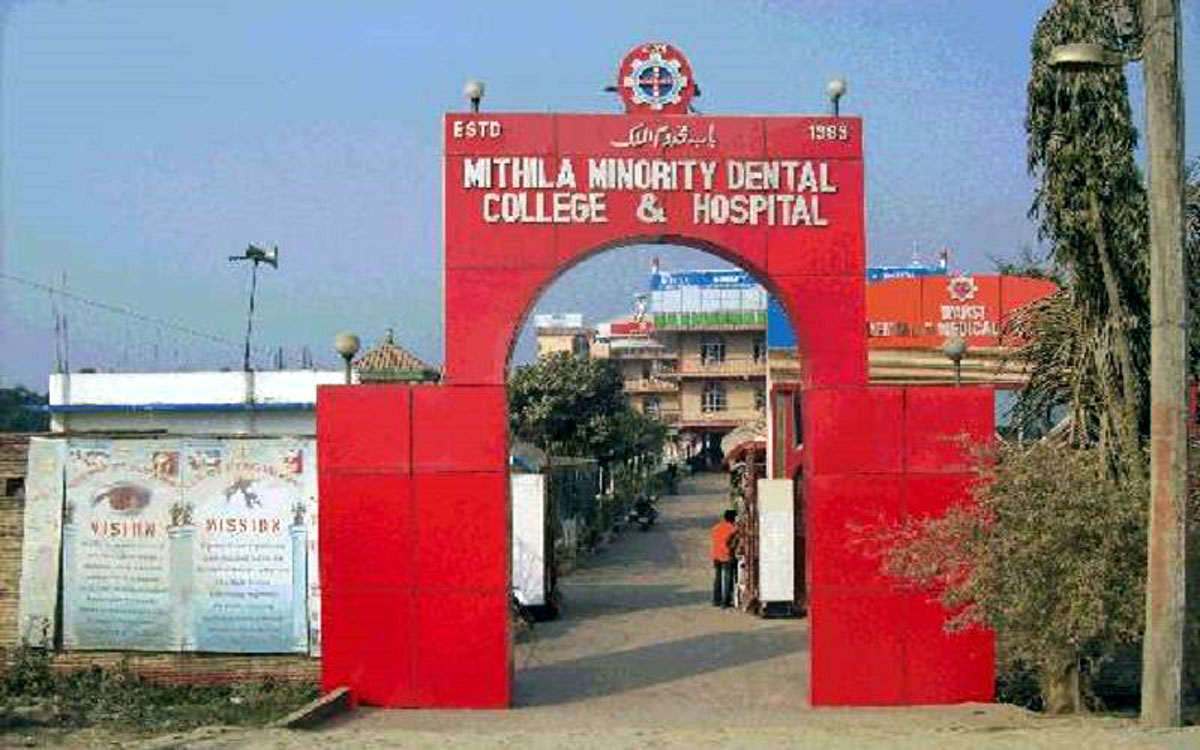 Mithila region of Bihar particularly Darbhanga has been a centre of learning since ancient times. It has contributed a lot to the Indian literature and had been accorded an eminent place in our epics as well as Freedom Movement. However, it happens to be the most backward area in terms of education. Social transformation, health services and economic development.Darbhanga is thickly populated with substantive population of the Muslim Minority. The Muslim Minority of Mithila region(the birth place of Maa Sita) is contributing its might for the over all development of the region in its own way. It has established a few educational institutions specially in the area of Darbhanga.
Darbhanga (Bihar) has the pride of having 2nd oldest and of the best medical colleges of Bihar which was established in 1927. Apart from this, a lot of degree colleges such as one Engineering College & Polytechnic, one Law college and a few Teachers Training Colleges have been established here. There are two universities at Darbhang.This institution has been sriving hard for maintaining high standards of academic excellence since its inception. It has been the endeavour of this institution to encourage & provide higher educational facilities irrespective of caste, creed, religion & nationality inspite of being minority institution run under article 30 of the constitution.Govt. agencies are not forthcoming in Technical Education Programme as we find them else where in India especially in U.P & West Bengal, the two neighbouring states of Bihar. Therefore, much effort is being made by private Organisations, Societies and Trusts which run quite a few technical Institutions in the state of Bihar. One such society namely "Darbhanga Divisional Muslim Welfare Society" is running this institution which was founded in the year 1989 by the name of "Mithila Minority Dental College & Hospital."The college was established with the aim to produce dentists who are socially acceptable & are able to work safely and effectively on patients in diagnosis, prevention and treatment of dental and oral diseases.